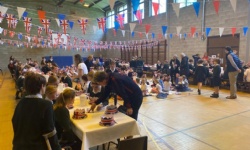 On Monday 23rd May, Mowden Hall School had a day of celebrations to commemorate the Platinum Jubilee of HRH Queen Elizabeth II. The day began with an assembly led by the High Sheriff of Northumberland, James Royds. He came in to talk to the pupils about his role as Sheriff and the important work he does to raise money for projects around the county supporting young people. He also spoke about his exciting plans for the event he will be holding at our school on Sunday 10th July. The assembly was followed by Mr. Royds planting an English oak tree here on the grounds to commemorate this special jubilee year.

The children were then invited to the Mowden Hall Platinum Jubilee Street party. Every child from Nursery to Year 8 came along to the Gym which was transformed with Union Jack bunting. The catering staff at the school excelled themselves, providing an afternoon tea party menu that included finger sandwiches, pastries, and of course sausage rolls. These delights were followed by the sweet platters that went down a storm with the children. Victoria sponge cake, jelly, fruit and profiteroles, to name just a few, were enjoyed by everyone in attendance. 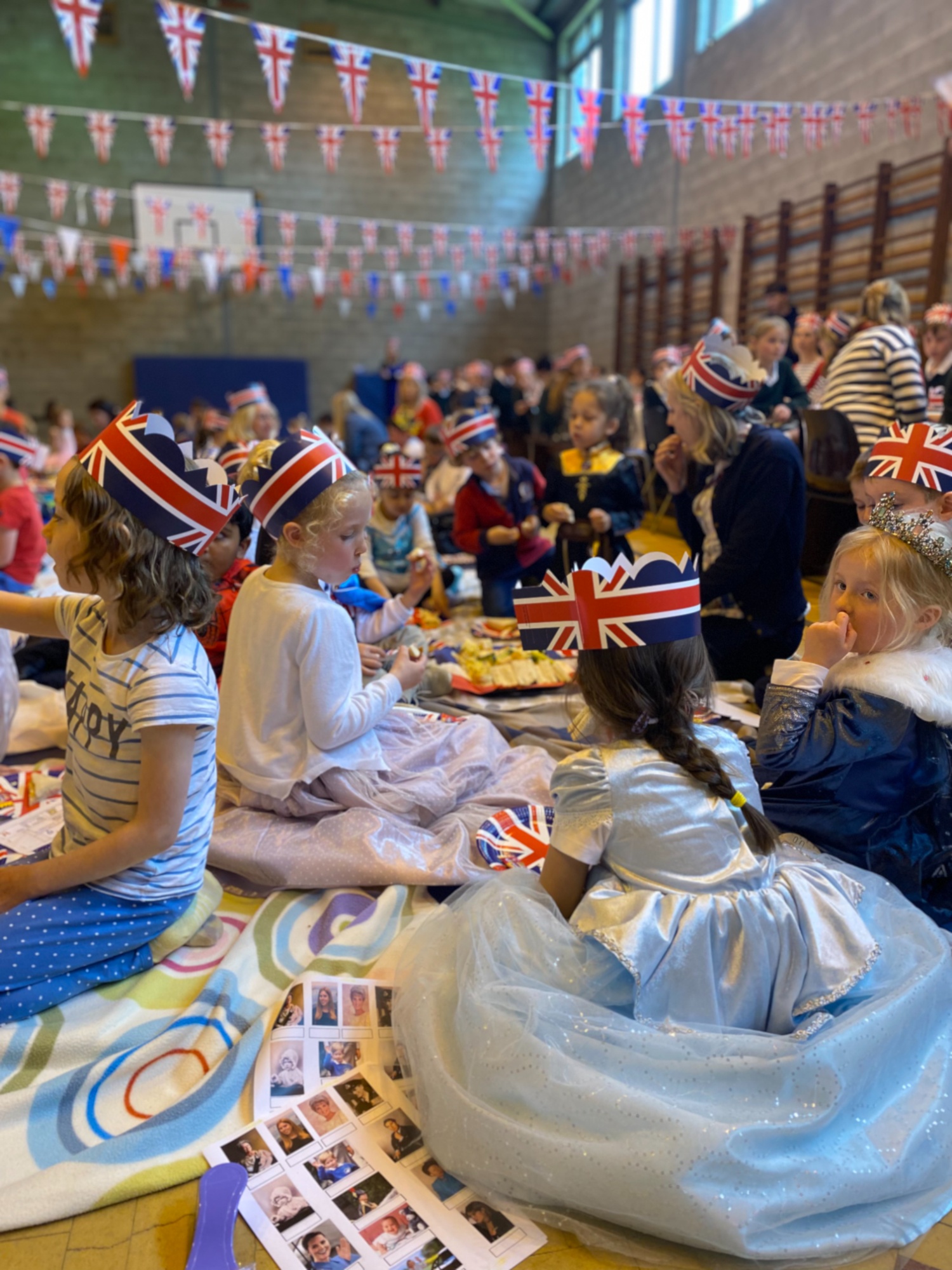 Royal themed games were played, with the older children guiding the younger year groups. There was a pin the crown on the queen, a jubilee treasure hunt as well as a quiz, and of course a rousing game of Queen’s Bingo. As the weather held out, the celebrations were rounded off with quoits and croquet on the lawn.