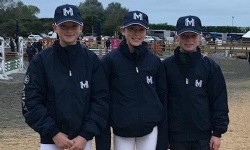 The team should have been made up of four, Martha, Frances, Evie and Sophie.  Evie was sadly unable to attend as her pony, Honeycomb, has been suffering from an allergic reaction.  This was very disappointing for all the girls and we hope Evie will be out competing again very soon.  It is usual to be a team of four which is helpful for the jumping classes as the top three rounds count. 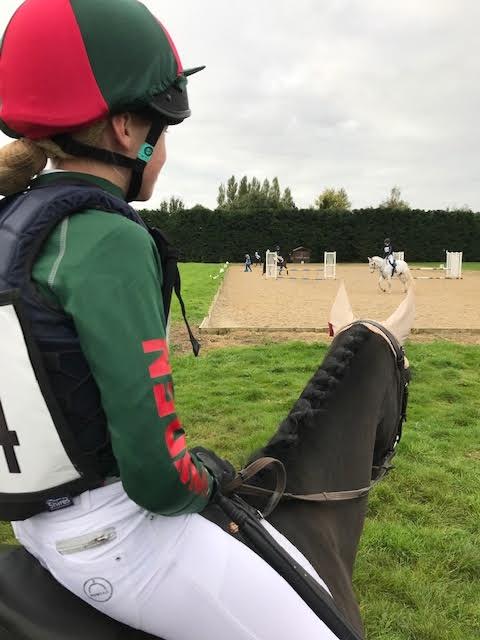 The NSEA Championships were held at Keysoe, Bedfordshire the weekend of 22/24th October 2021.  Schools from all around the country attend with a strong contingent from the North.

Team highlight was the 80 Show Jumping indoors, and it was great to see them compete as a team of only three in this older age group class. Frances W on Florence should be congratulated for her concentration and nerve in this class, particularly as she has only been competing for a year or so. 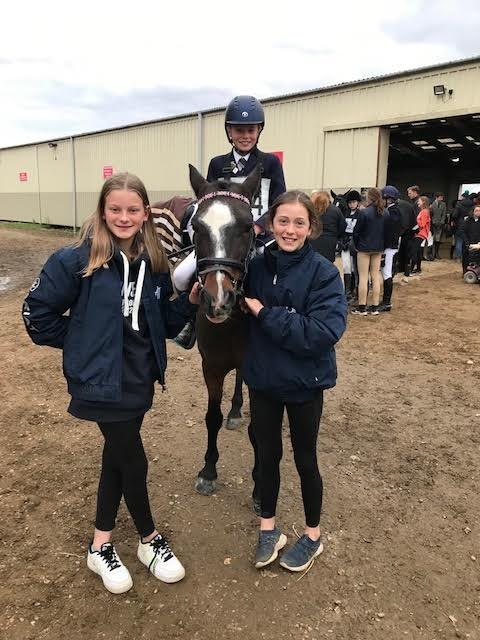 The Arena Eventing 70 class was on an outside arena with a challenging cross country phase including water and an undulating aspect.  Sophie L on Melody had her best round of the weekend and it was a shame she had not qualified Melody individually for this class.

The 70 SJ was outdoors and the team narrowly missed out on a team clear.  Martha C came 3rd individually on Pegaz which earned them a place in the 70 SJ finals indoors later that day. 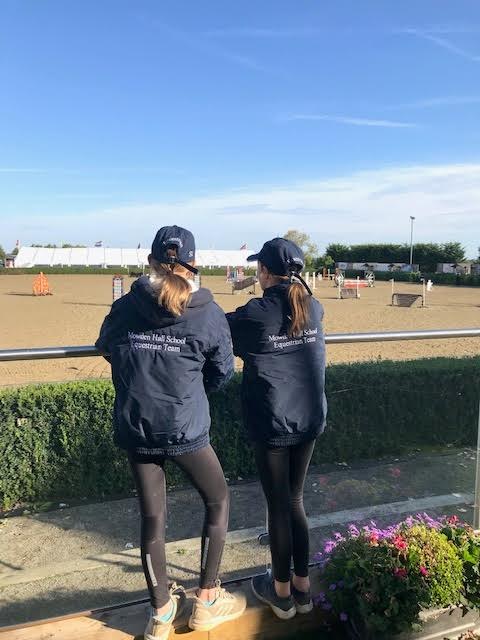 The indoor jump off phase of the 70 SJ was a noisy and competitive affair with the teams and individuals competing for final National placings.  Martha had while to wait and Pegaz was probably fed up by the time he entered the arena! They were the last individual round and the prior combination had been quick.  Not an issue, Martha jumped a quicker round (part out of stirrup!) to be placed first in the country.  A brilliant achievement.

The girls are already talking about next year, so if anyone else at School is interested in competing in NSEA classes (Dressage, Show Jumping or Arena Eventing) please contact Mrs Kate Martin, Head.