Appointment of the next Head of Mowden Hall

Appointment of the next Head of Mowden Hall 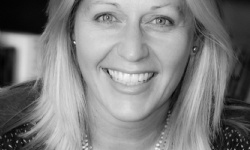 Following a rigorous recruitment process involving an impressive group of candidates, the Trustees of the Cothill Trust are delighted to announce the appointment of Mrs Kate Martin as the next Head of Mowden Hall. Mrs Martin will succeed Mr Neal Bailey when he leaves to become Head of Pinewood School in July 2020.
Mrs Martin came to Mowden Hall in 2011 after holding positions in a number of well known schools, including Oundle, Ampleforth and two day schools in Newcastle. She was promoted to Deputy Head in 2015. The appointment panel was impressed by Mrs Martin’s passion for Mowden Hall and her deep knowledge of the school and the regional market for independent schools within which Mowden Hall operates. As Deputy Head and a member of the leadership team, she has been involved in all aspects of the school’s life. The panel feel confident that Mrs Martin possesses the right skills and experience to lead the Mowden Hall community in the next chapter. Whilst offering continuity, Mrs Martin has articulated a clear plan to ensure that Mowden Hall retains its reputation as the leading Prep School in the North East. I am sure that all of the Mowden Hall community will want to congratulate Mrs Martin on her appointment and wish her and her family the very best as they transition to their new life in the school. For now it is business as usual with Mr and Mrs Bailey, whom we are fortunate to have with us for the remainder of this academic year.